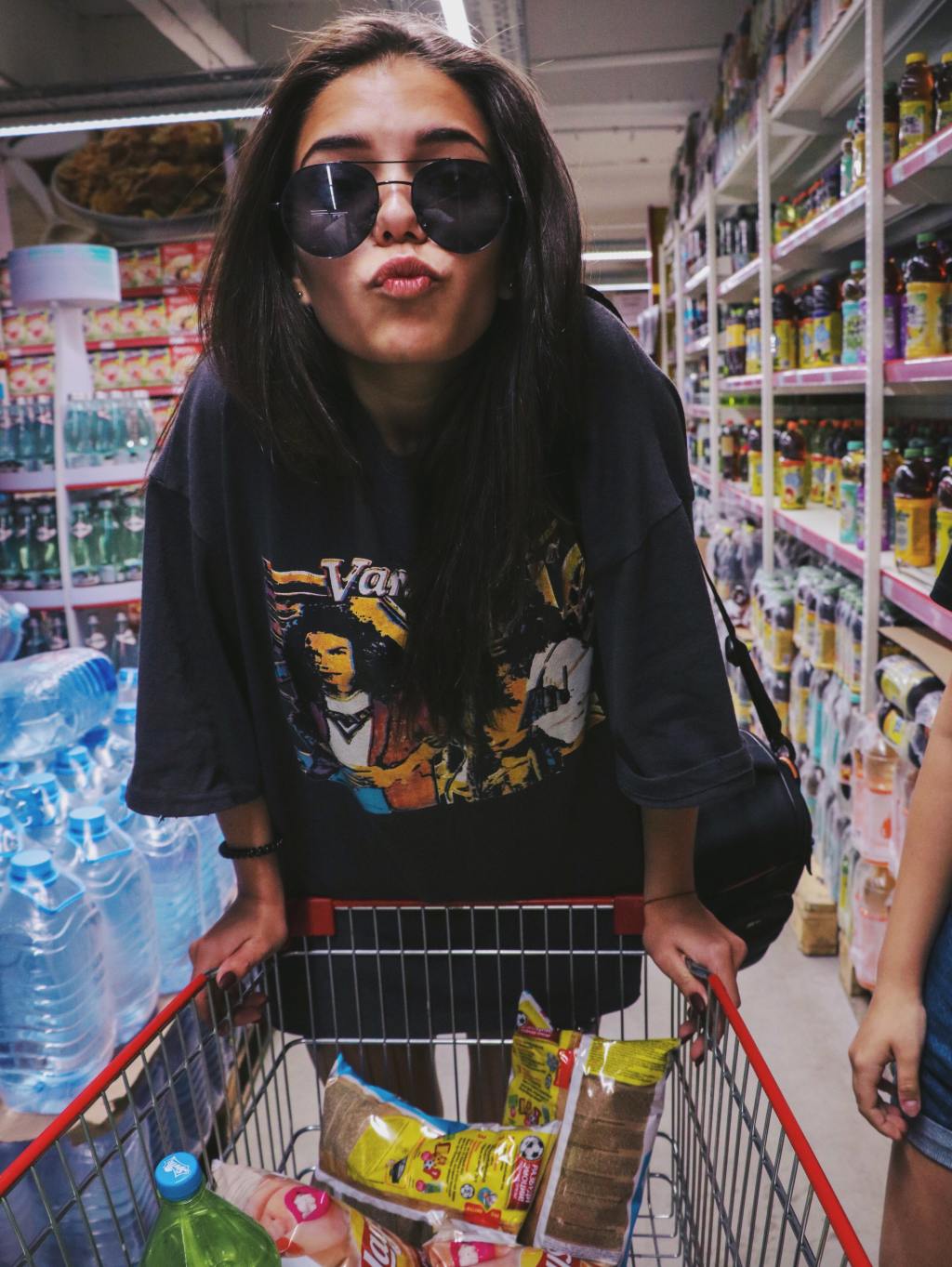 HERSHEY, PA–Kelly De Luca knew precisely what she was getting her ass into when she arrived at Wegmans grocery store just eleven minutes shy of closing time. Baked out of her mind, Kelly was in dire need of some munchies to consume while tucking in for the new Joe Rogan Experience episode.

“I had the whole thing mapped in my head. Hit the candy aisle, grab some Sour Punch Straws, and a king-sized Baby Ruth bar. Then, I’ll mosey on over to the chips aisle for at least two different flavors of Lays. I grabbed Classic, Dill Pickle, and Sweet Southern Heat Barbecue,” Kelly detailed. However, things went abruptly off script when she made eye contact with the cashier. “As I approached the cashier, I could tell she was eyeballing my basket. Judging me. Writing me off as some degenerate because I enjoy Baby Ruth bar after midnight.”

Kelly was quick on her feet, calling a last-second audible and re-routing toward a random aisle. “I didn’t know where I was going, but I needed to prove to that woman I wasn’t done shopping. Prove to myself I wasn’t done shopping,” Kelly continued. Once she settled down, Kelly found herself in the milk section. Then she spotted oat milk. “I’d never had oat milk, but I knew that’s what respectable adults drink. It’s, like, healthier for the environment or something.”

With oat milk added to her haul, Kelly confidently approached the cash register. She started unloading her groceries onto the conveyor belt; first the candy, then the chips, and finally, the oat milk. Kelly smiled respectfully as the cashier scanned each item. In the end, the transaction went off without a hitch. The cashier even appeared to give a subtle nod of approval as she scanned the oat milk.

“I was wrong about her,” the cashier reflected.